A natural wine haven for those searching for wines made free of additives. At Domaine Lapierre we cultivate our vines organically and ferment our wines without any additives. The estate was created in 1909 and now covers 18 hectares (nearly 45 acres) planted with the grape gamay noir à jus blanc, mainly in the Morgon appellation with several plots within the Beaujolais appellation. At the domaine we believe excellence depends on four essential elements: people, soil, climate and grape variety. 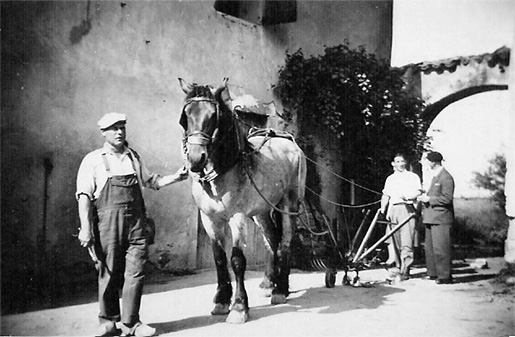 In 1950, the couple’s third child and first son, Marcel Lapierre, was born. In 1958-1959, Camille began to bottle wine himself and label it under his own name; another idea that was avant-garde for the era. Then in 1960, he bought his first vines, increasing the farm to 7 hectares (just over 17 acres).

In 1973, Marcel took over the family business. Eight years later, under the guidance of Jules Chauvet, a Beaujolais native and renowned chemist and winemaker, Marcel decided to vinify his wine without any added sulfur.
Marcel met his future wife, Marie, when she came to the winery during the 1980 harvest. He was instantly charmed by her energy, passion and integrity. Marie began working side by side at the domaine with Marcel in 1982. In addition to supervising the harvest every year, she worked to develop clientele throughout France, customers who shared their unique vision of viticulture and winemaking.

In 1909, at the turn of the century, Michel Lapierre, a farmer from the Beaujolais region, moved to Villié-Morgon with his wife Annette and worked as the cellar master at Domaine Les Chênes, the home of our current winery. In 1911, two years after his arrival to the village, their son Camille was born. He was the third child in the family, but the first to be born in Villié-Morgon.

At only 14 years-old, Camille Lapierre (Marcel’s father) began to work in the vines as a sharecropper with his mother and father. Since the beginning, the family have plowed the soil, working manually or aided with a horse. Camille’s father passed away in 1930 at which time he took over full vineyard and winery duties. In 1941, Camille married Lucienne Mathieu. The wine he made at the time, went entirely to the Cave Cooperative in the neighboring village of Fleurie, but Camille was eager to develop direct barrel sales to bouchons, the bistros in Lyon and Mâcon, a notion that was very visionary for the time period. 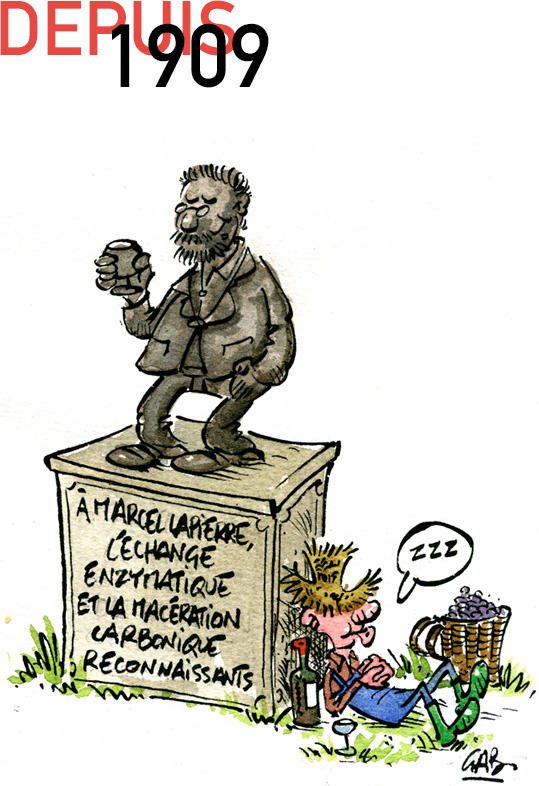 For more than three decades, Marcel Lapierre held firm to his convictions and built a community of like-minded vignerons based on an understanding of soil, plant and wine microbiology. He was a true pioneer whose impact on the wine world can still be felt today. The 2010 harvest would be his final vintage as he passed away in October of that year leaving the winery to his children.

In 1973, backed by a clientele forged by his father, with whom the estate still works today, Marcel Lapierre took over the farm, which then had seven hectares. It was from 1981, under the leadership of Jules Chauvet, a researcher known and recognized in the Universities of California, that Marcel Lapierre decided to vinify without SO2 or yeast and to cultivate his vines in organically: without chemical fertilizers or weedkillers. Today despite its disappearance, the energy of the domain remains intact. Marcel Lapierre has imposed for three decades a singular idea of wine, based on a new understanding of soil and plant microbiology. 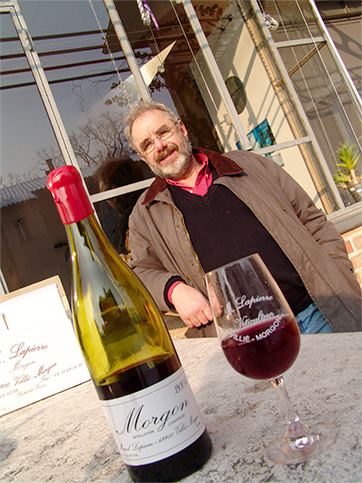 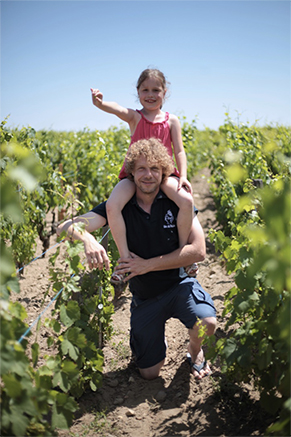 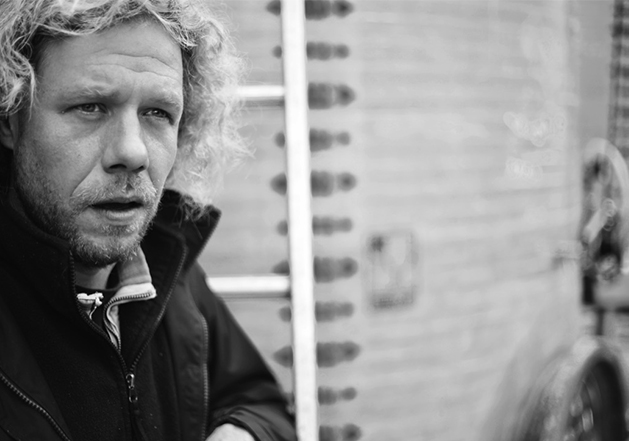 Mathieu Lapierre, the eldest child of Marcel and Marie,
began at the domaine in 2004.In 2013,
he was joined by his sister, Camille. Both Mathieu
and Camille currently co-own and operate the family
winery with the same commitment and dedication
as their predecessors.

Before studying viticulture and oenology at school
and later training alongside his father, Mathieu took
a professional and academic course in gastronomy.
His passion in subjects such as history, chemistry,
physics and archeology have created an unusual mosaic
of interests that have molded him into a dynamic
and skillful vigneron.

After traveling the world and gaining
experience working in wine regions
in both hemispheres, Camille Lapierre
joined the domaine as co-winemaker
and manager of the estate.
She is deeply involved in the Beaujolais region
and defends several social
and environmental causes. Her greatest strengths
are visible in the vineyards, winery and cellar. 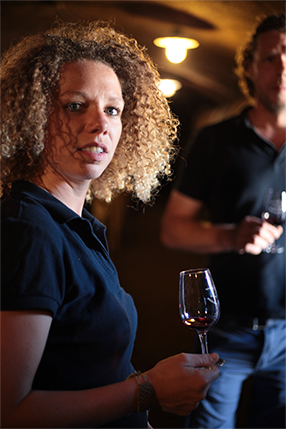 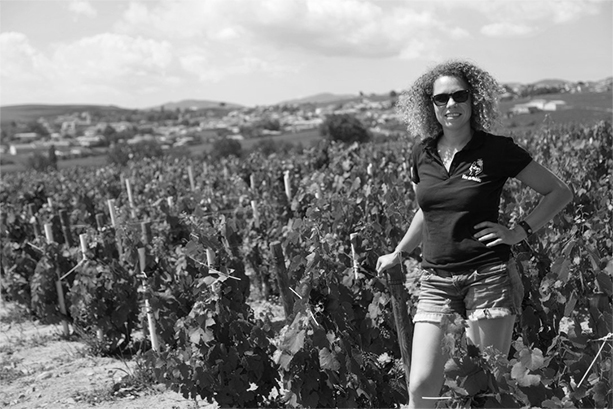 The Soil The cru Morgon

Beaujolais soils are often described as acidic and well draining. Gamay is perfectly suited to these conditions and thrives in the poor soils. The geological and pedological origins of the Beaujolais make the wine region completely unique to other vignoble in France.

Over 500 million years ago in what is current day Beaujolais, intense geological volcanic activity under the ocean in combination with a collision between two land masses gave rise to a massive mountain range. As the magma cooled over an extended period of time, the resulting rock formed with a coarse grain on the exterior (more on the importance of this detail later in the text).

The rising of the oceans resulted in an island formation within France. What is the present-day Massif Central formed the center of the island and what is now Beaujolais was part of the coastal area. Beaujolais was never immersed underwater, which explains the absence of limestone.

The metamorphic granite or igneous rock took the form of schist composed of the minerals, silica, quartz and manganese. The slow and gentle erosion of the coarse grain of the rock resulted in “gore” or a particularly sandy and grainy topsoil ranging from a few centimeters to one meter in depth.

The name “Morgon” is derived from a soil called “roches pourries” or “rotten rocks,” referring to the decomposition of the magmatic rocks. This crumbling rock helps to shape the character of the wine.

Currently there are five climats that make up the Morgon appellation:
Les Micouds, Corcellette, Grand Cras, Les Charmes and Côte du Py.
The Côte du Py is distinct because it is the only hill in the appellation while the other climats are located on slopes or flat land. The hill was created by more recent magmatic ascent and is composed of more homogeneous granites called “roches bleus” or “blue stones.” These soils are even poorer than the “rotten rocks” and give a more concentrated character to the wine explaining why historically this has been the most sought after climat in Morgon. 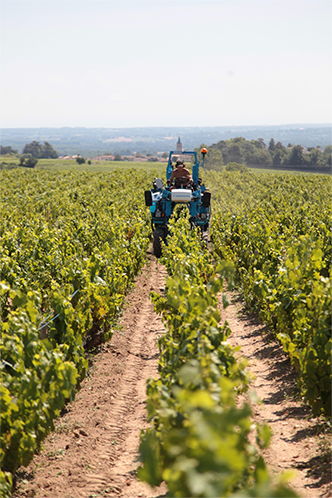 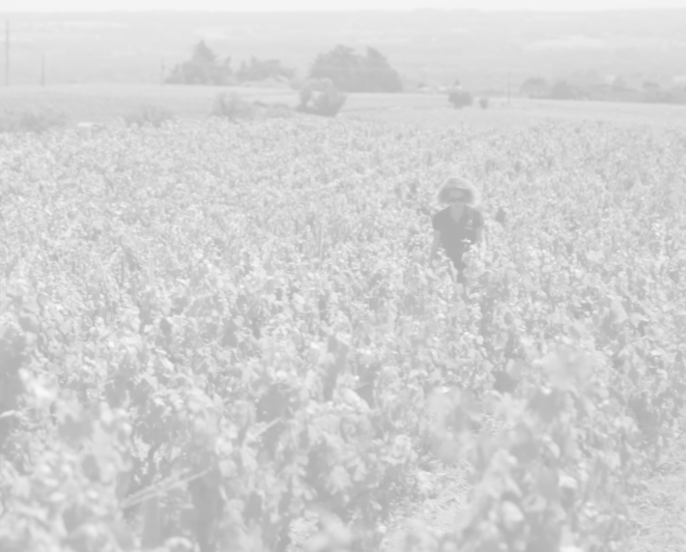 Gamay is the result of the cross between two grapes, gouais and pinot noir, similar to chardonnay. In fact, gamay and chardonnay are considered siblings since they are derived from the same genetic crossing.

Between the 15th and 16th centuries, gamay was selected to be the unique grape variety of Beaujolais and for the purpose of producing wine for the citizens of Lyon. Resilient and prolific, gamay has a tendency to produce uninteresting wines if grown on fertile soils. However, it can offer a top quality wine if grown under stress on the poor granitic soils of Beaujolais.

At Domaine Lapierre, and like the majority of our colleagues, we practice a rather restrictive vine training method known as “goblet” in order to contain the vigor of the gamay and it’s potentially high yield. Our planting density is 10,000 vines per hectare in order to provoke competition between the vines, therefore to better control the production and quality. The typical aromas of Gamay are those of raspberry, cherry, violet and liquorice. Gamay tends to produce fruity and charming wines.

Although our climate is said to be maritime, when you visit Beaujolais, you may be surprised by our geographic proximity to the Alps which lie to the east with the Massif Central to the west. In short, Beaujolais has a semi-continental climate with cool influences from the north and the warmth of the Mediterranean Sea to the south.

Beaujolais is fortunate to be marked by four very distinct seasons. Our winters are cold and rainy and this rain fortunately replenishes the water table. Springtime is generally hot and humid, followed by dry and arid summers, which are sometimes scorching hot. The autumn fluctuates between hot days and chilly nights, which is excellent for the purpose of ripening the grapes, just before the harvest. 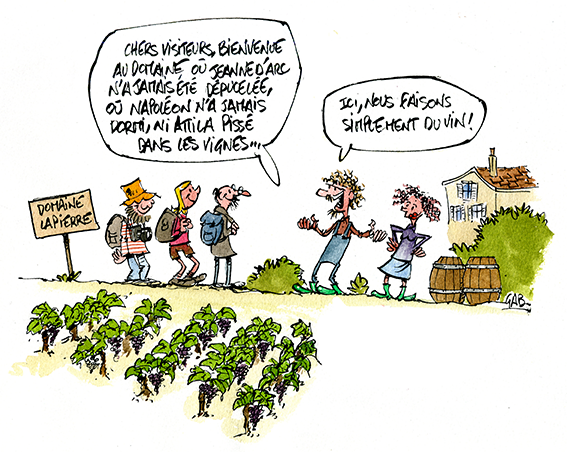 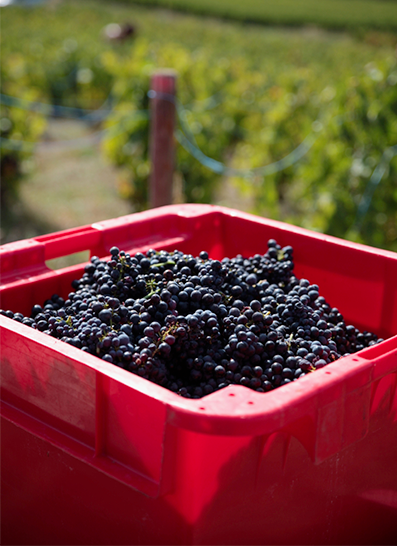 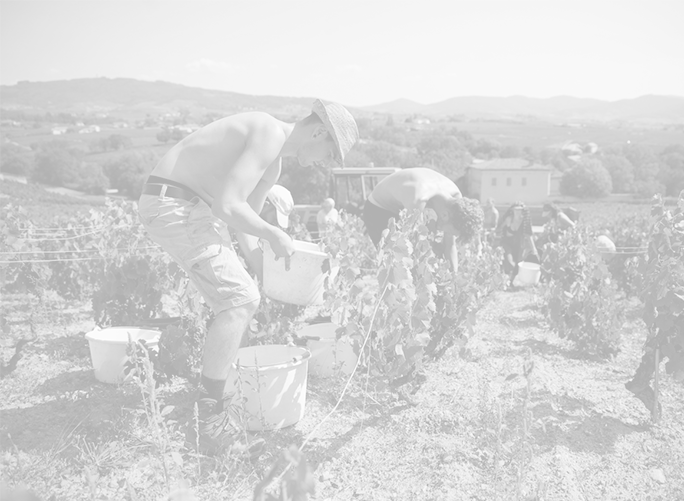 We use cookies on our website to give you the most relevant experience by remembering your preferences and repeat visits. By clicking “Accept”, you consent to the use of ALL the cookies.
Cookie settingsI ACCEPT
Manage consent